At Progressive Family Eyecare we genuinely care about your health and are dedicated to providing exceptional & personal service to every one of our patients. 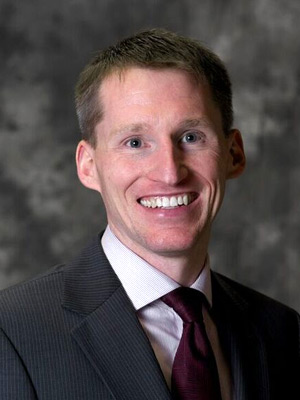 Dr. Haferman was born and raised in Wisconsin Rapids, WI. After high school, he went to La Crosse, WI to attend UW-La Crosse where he graduated with a B.S. in microbiology. After 2 years of working for a pharmaceutical company in Middleton, he returned to school to study optometry at Indiana University in Bloomington, IN. During the 4th year of optometry school, Dr. Haferman did internships at 2 clinics in Bloomington, a clinic in Indianapolis, IN, the Naval Hospital at the Marine Corps base in Quantico, VA and at the VA hospital in Huntington, WV.

After graduation, he moved back to Madison and worked at the GHC clinic on Fish Hatchery Rd from July 2007 until purchasing the former Barry Optical in December 2015. Dr. Haferman has been married to his wife, Kim, since 2003 and together they have 2 boys, Drew and Mason. In his spare time, Dr. Haferman enjoys spending time with his family, traveling, running, biking and racing in triathlons as well as brewing beer.

Ready to Make an Appointment?